Medifresh (is no longer produced!)

START
/
Medifresh (is no longer produced!)

Negative and positive ions are generated electronically in a balanced ratio.

Negative ions neutralize all natural odors. At the same time, they significantly reduce the bacteria and spores in the air. When used correctly, odors in rooms of around 80 cubic meters are reduced to imperceptible residual quantities in 1 to 2 hours (cheese fondue, fish dishes, tobacco smoke, odors from toilets and animals, stale air in offices and rooms, solar and fitness studios, etc.). 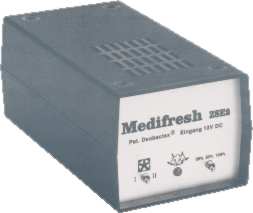 device is no longer manufactured!