You know it: The air you breathe in the conference room is used up after hours of meetings, windows cannot be opened and the next appointment is coming up soon. Our powerful air ionization units of the Aeromat series can be used wherever the room air needs to be quickly cleaned of odors and pollutants. Air ionization provides fresh air and at the same time reduces germs, bacteria and mold.

In this way, hotel rooms are freed of germ contamination quickly and without great effort, the air in sales rooms is free of odors and your employees in open-plan offices can breathe a sigh of relief. At the same time, the sickness rate drops noticeably. In addition to the mobile devices of the Aeromat series, there is also the stationary ceiling device aeromat 1200/1400. The following applies to the ionizing device: Same technology as the mobile devices in the series, usable for large rooms and with high performance. 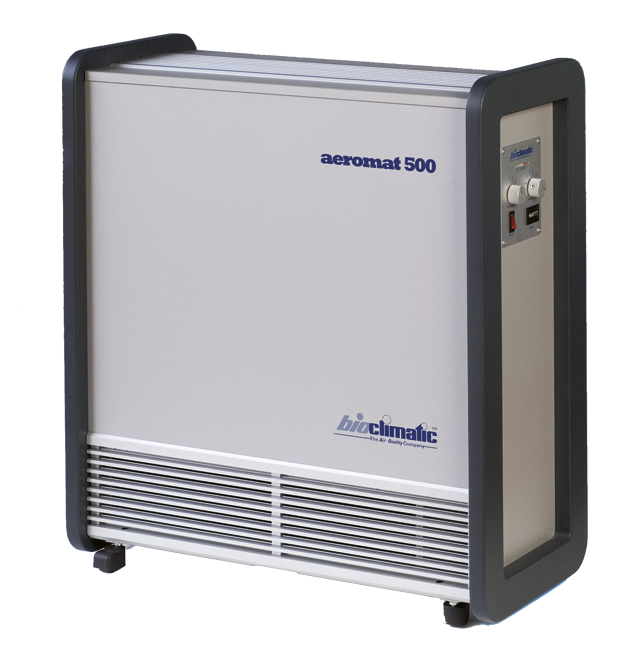